Letters of condolence may be sent to condolence@mpi-magdeburg.mpg.de 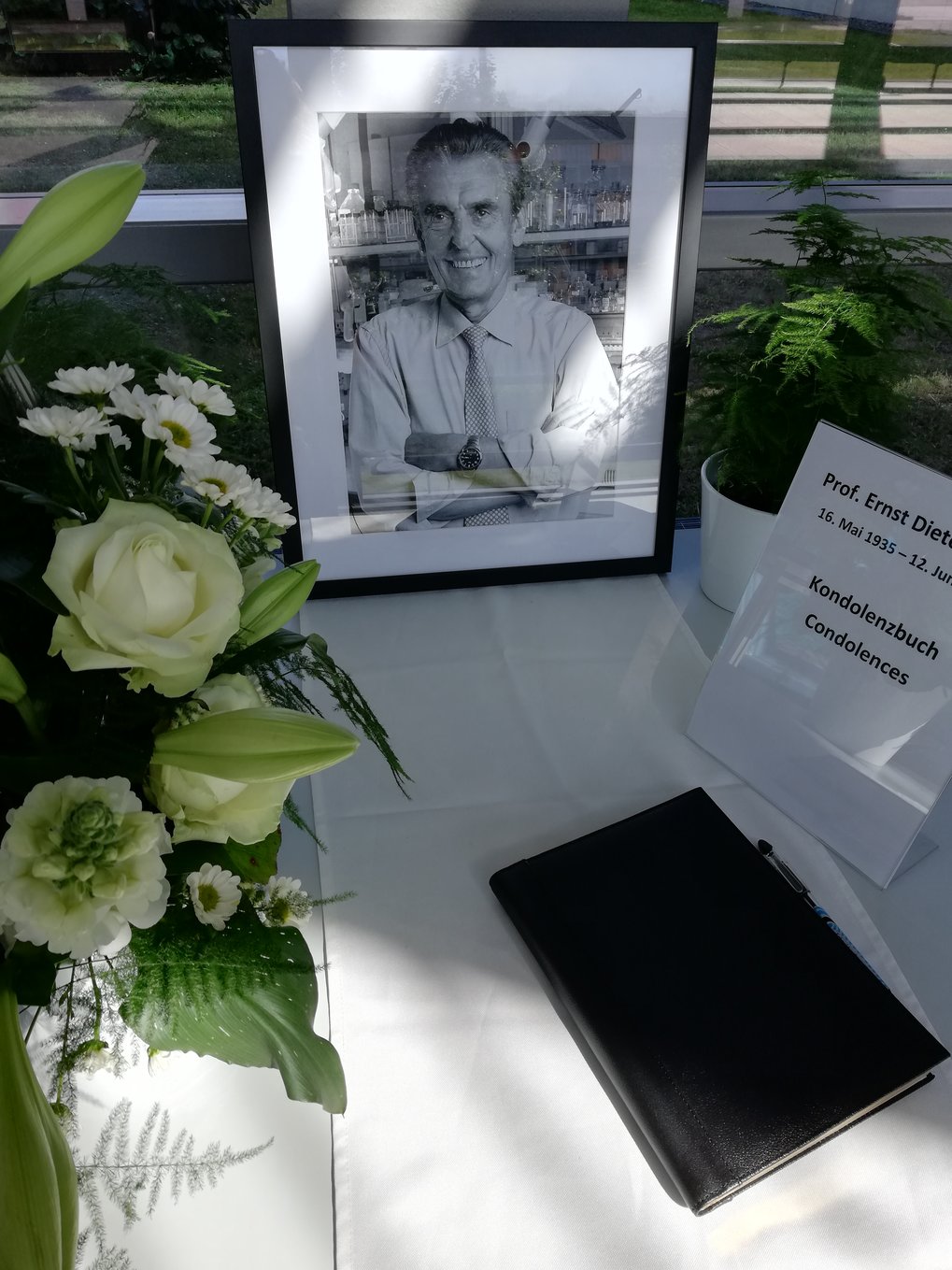 The staff of the Max Planck Institute for Dynamics of Complex Technical Systems Magdeburg is in mourning with the recent passing of Prof. Dr.-Ing. Ernst Dieter Gilles, the Founding Director of the institute. 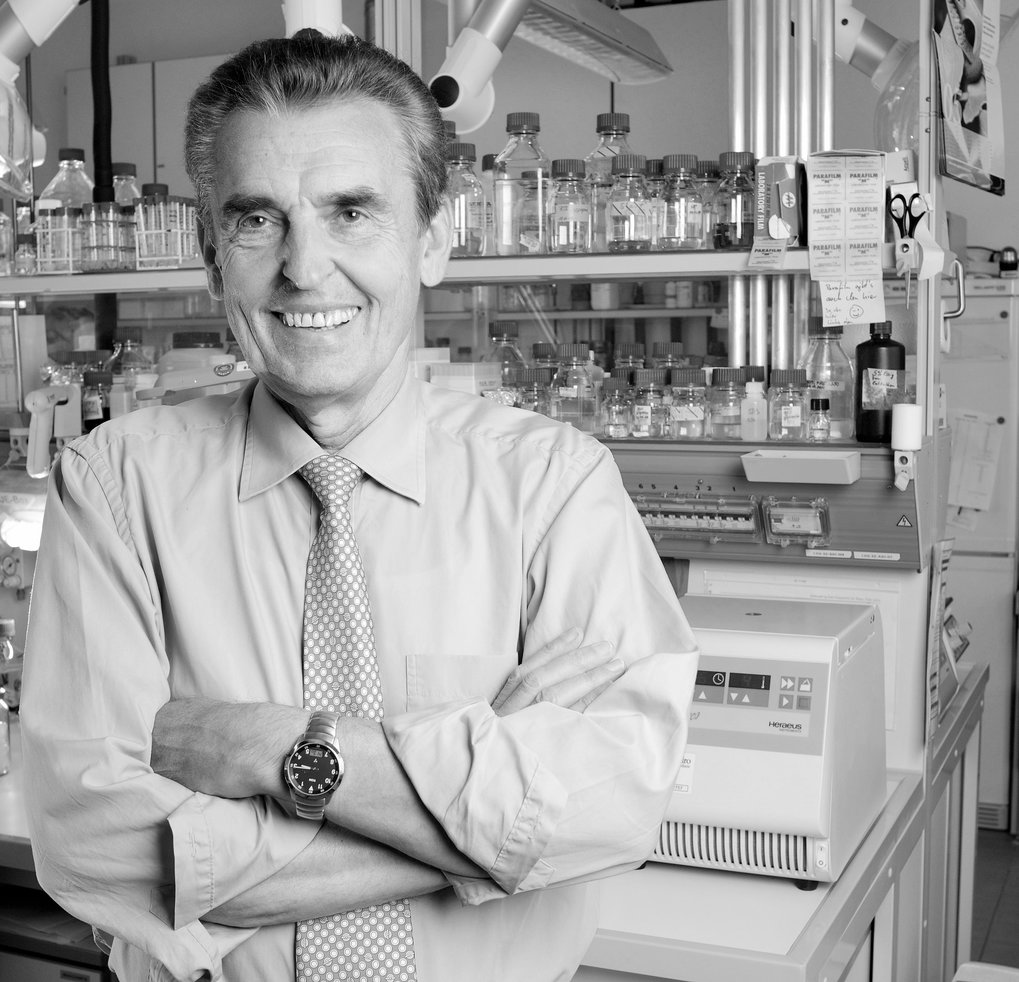 Ernst Dieter Gilles died on June 12, 2019, in Stuttgart. He was 84. A memorial service will be held in the company of his family, close friends, and long-time collaborators.

Prof. Dr.-Ing. Ernst Dieter Gilles was Emeritus Scientific Member of the Max Planck Society and the Founding Director of the Max Planck Institute (MPI) for Dynamics of Complex Technical Systems in Magdeburg, where he served as director from 1997 to 2008. Prof. Gilles was head of the Systems Biology research group until 2011. In 1999 he also became an honorary professor at the Otto von Guericke University of Magdeburg.

“We are deeply saddened by the passing of Ernst Dieter Gilles.”, says Prof. Dr.-Ing. Udo Reichl, Managing Director of the MPI Magdeburg. “As the founding director of our institute, Prof. Gilles shaped several generations of graduates and postgraduates who have gone on to have excellent careers in academia and industry. For myself, as one of his former PhD students from Stuttgart, this sad news hits particularly close to home,” says Reichl. “I know that we will need time to come to terms with his passing and honor the memory of him and life’s work. We extend our deepest sympathies to his wife Zdenka Gilles and his family.

"We will remember him as a passionate scientist and great visionary. Together with his sense of humor and kindness he created a unique and inspiring working atmosphere which was very appreciated by the members of his group," says Dr.-Ing. Steffen Klamt, one of his former PhD students and now group leader at the MPI.

A Pioneer in Systems and Control Theory, Chemical Engineering and Systems Biology

As a scientist and professor, Gilles contributed strongly to theoretical, basic, and applied research as well as supported and mentored many future scientists. An essential characteristic and merit of his work was advancing the state of the art in methods in the domain of systems and control theory and then applying these new techniques to actual problems in engineering and natural sciences. These applications included topics such as the control of chemical engineering processes, automatic navigation systems for inland water vessels, and applications in systems biology and biotechnology.

One of the most significant prerequisites for the establishment of Max Planck Institutes is the identification of suitably qualified scientists to be leaders in bringing about significant advances in emerging fields of research. As the leading systems and control engineer in Germany, the appointment of Professor Gilles as a Founding Director of the MPI Magdeburg in 1997 was the obvious choice.  With his appointment, it proved possible to attract many highly skilled systems and control engineers, scientists and experimentalists to MPI Magdeburg, not only from Germany but from all over the world.

His outstanding theoretical expertise, his ability to identify new issues and developments in engineering and natural sciences, and his prudence as an administrative director all laid the foundations for an extremely successful development of the MPI Magdeburg.

Ernst Dieter Gilles was born May 16, 1935 in St. Goarshausen. He received his PhD in 1963 from the Technische Hochschule Darmstadt where he remained to complete his habilitation in Control Engineering in 1966. Afterwards, he became a Full Professor and Director of the Institute for System Dynamics and Control Engineering at Stuttgart University in 1968, a position he held until 2005. From 1997 to 2008, he was a director at the MPI Magdeburg, where he headed the Systems Biology research group at the MPI Magdeburg until 2011. In 2008, he became an Emeritus Scientific Member of the Max Planck Society. He was made an honorary professor at Otto von Guericke University Magdeburg in 1999.

Prof. Gilles was frequently honored for his accomplishments. He was awarded four honorary doctorates, for example by the Otto von Guericke University Magdeburg (2005), the Dechema Prize of the Max Buchner Research Foundation (1967), the Carl-Friedrich-Gauß-Medal (1992), the Ernest-Solvay-Prize (1992), the Nordic Process Control Award (2004), the Karl-Küpfmüller-Ring (2005), and the Arnold-Eucken-Medal (2006). Prof. Gilles was elected a member of the Heidelberg Academy of Sciences and Humanities (1998), a Corresponding Member of the Braunschweigische Wissenschaftliche Gesellschaft (2000), an External Member of the Berlin Brandenburg Academy of Sciences and Humanities (2001) and a member of the Council of Technical Sciences of the Union of German Academies of Sciences and Humanities (2002). From 1990 to 1996, Prof. Gilles was a member of the Senate of the Deutsche Forschungsgemeinschaft (German Research Foundation, DFG), and in 2013, was bestowed the honor to sign the Golden Book of the City of Magdeburg.